A Note to Readers:

Until recently, my poetry had been published in the context of some of the novels I have published, and attributed to the characters in those stories.

There was a smattering of poetry in The Clearharbour Trilogy, (2005, 2006, 2007), most attributed to the lovers James Younger and Elizabeth Selby.  And far more in Aftermath (2016), attributed to the heroine, Delys Lithingate.  The novel opens with a poem entitled, Valedictory, and following this, several poems appear in the chapters as fledgling poet Delys struggles to find her voice. Sixteen of Delys' poems appear at the end of the novel, as selected from her anthology on the New London school tragedy.

I was surprised and pleased when Milton Jordan, poet and editor, invited me to contribute seven poems to No Season for Silence, Texas Poets and Pandemic, an anthology of works composed largely during the coronavirus lockdown.   I was honored to be in the company of a group of highly accomplished Texas poets, including Milton and seven others.

I hope you will enjoy No Season for Silence, and that these poems will speak to you and touch your heart.  I trust that you and your family and loved ones will remain safe and well throughout this challenging season in our lives. 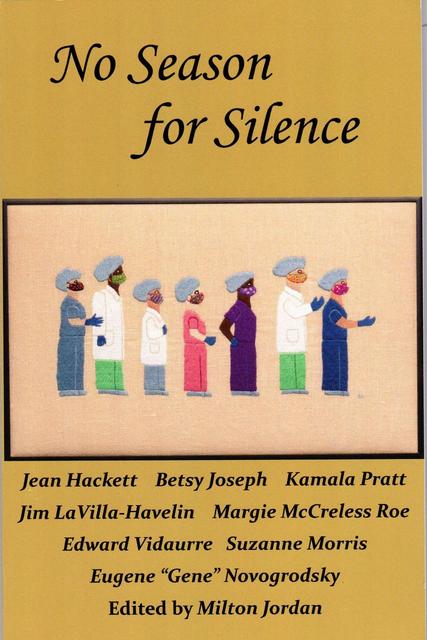